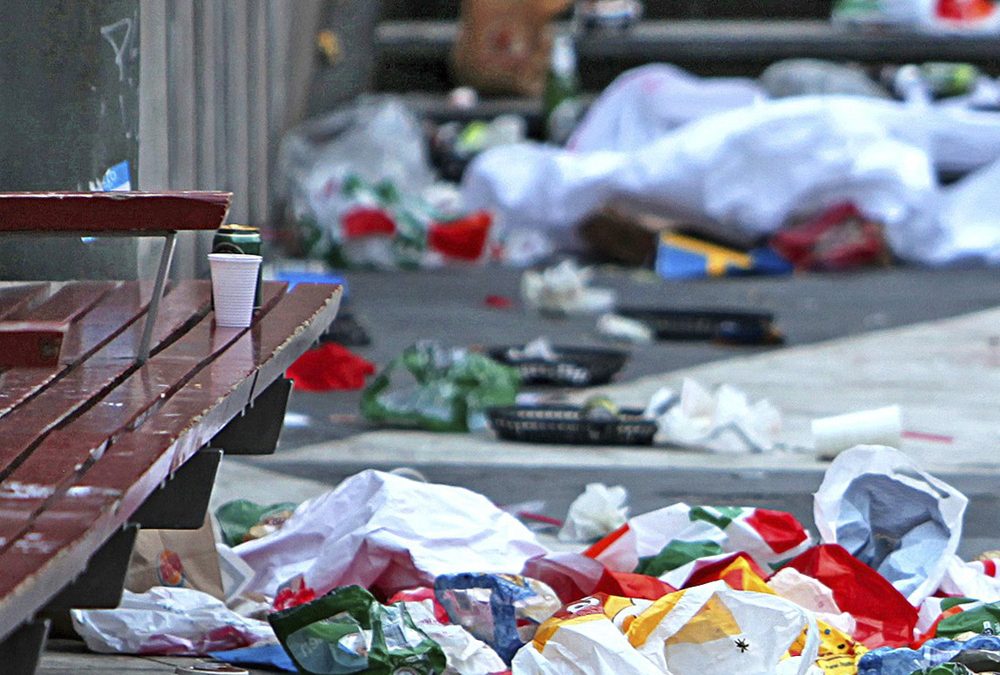 Coming up to O levels, in a class I taught at the outset of my career, was a lad who seemed unable to step in time to the system and kept running across it. It announced itself negatively to him: one teacher would accuse him of rudeness, another of vanity, another of consistent lateness . . . they weren’t wrong. But they were more wrong than right. He demanded to be told where each of the 24 marks had gone when he was awarded 26 out of 50 for an English essay; he insisted on trying to discuss ‘Beowulf’ with an English teacher who was embarrassed by her ignorance. He was late. He was also wonderful material to teach: quick with words and ideas, a boy with an unusual flair which would not be put down. Here is Paul Maltby on A Rubbish Heap.

While men sleep
From the fissures of the earth
Fire-brands leap, kindling torment.

As senses fade
Out of an Upheaval
Iconoclasts wade, worshipping evanescence.

Nothing to reap.
People, wan and empty,
This distorted Rubbish-heap.

When he handed it in he said the only poetry in it was the word ‘wade’; but while idea and feeling may interlock there a second, the whole is a changing flame, a fantasy leaping into reality. In another lesson he produced something slower and in a way more startling.

Caught in the night!
We lay ourselves in earth,
We hide behind trees.
Paranoids go by in cars,
Hoot, and throw balloons at us.

Fear impedes our urination.
Then, lucky for me, hands cover my eyes
I’m being carried.
Next I’m safe in a car, I’ll be home soon
And no longer exposed to the night.

I have an idea the title was his coinage and word-wise it may be the most memorable part of the poem. Yet the scene itself is successful, as the clip of a film. Paul did not find the going easy at school. All the young poets of this journal are pupils at comprehensives, at a time when such schools had not yet discovered the tricks and turns of the present academy system, which may be making a little headway on the long march to the promised land – a decent free education for all. But still and always – far too many pupils do no more than hobble through school.

It’s an obstacle-course. If I had Paul’s vision, I’d paint a picture in words of a rubbish-heap piled high with twitching adults of all ages, outside a school’s gates. They survive, but a trauma survives with them.