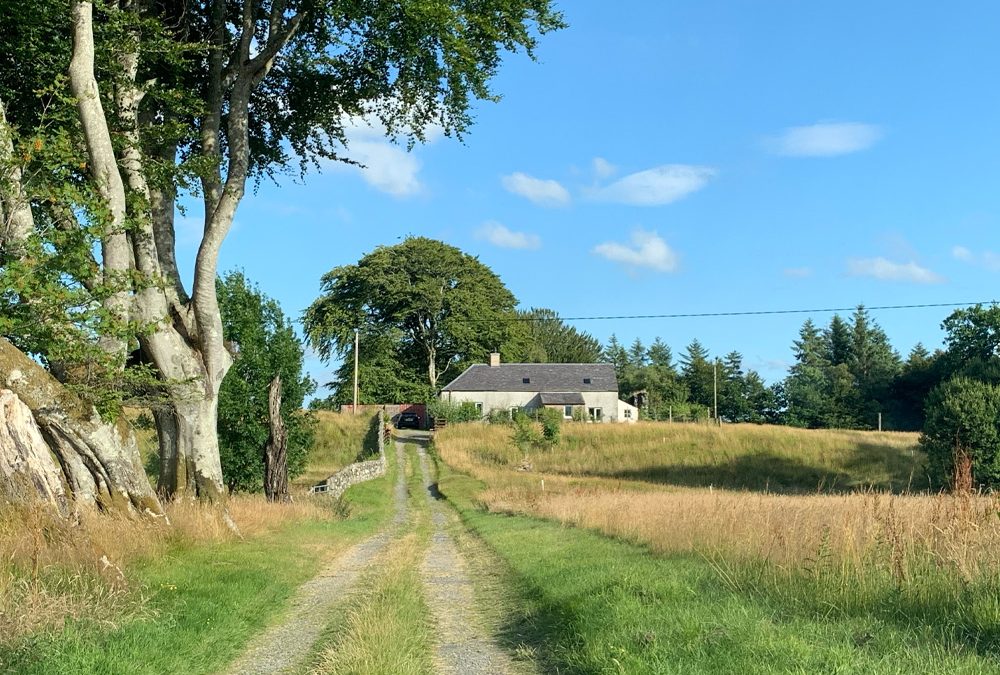 ‘Lagwyne’ or ‘Low-lying Sepulchre’ (with a short quick ‘la’ and ‘gwyne’ to rhyme with ‘twine’) survives in a number of place-names in a quiet area of Galloway in south-west Scotland. It is quiet yet time-charged: I have rarely, perhaps never felt a stretch of land pulsate with such a presence of the past. I am staying in Lagwyne Cottage, which is bordered on one side by a ragged defiant remnant of castle-wall. It is in fact the remains of a fortified manor built by the family of John Loudon McAdam, who invented what became known as the macadam method of road construction.

But beneath the roads and grasses of all the rural surface hereabouts it seems as if a world is being sifted. Far, far before any stabilising effect of modern engineering took hold, far before the Romans too administered an arterial touch to the surroundings, old structures have risen and fallen, there has been a coming and going, change has opened a way. The blind bluster of human intent is still to be heard, still to be felt in a time-echoing region such as this. It is near the surface.

Next to the cottage is a field with two burial mounds. The higher of these is likely to have given rise to the cottage name, where ‘wyne’ means ‘sepulchre’ and ‘lag’ a hollow or dip in the surrounding hills. I do not know if I overhear a connection as I walk about and between the mounds. But voices can be heard. Voices of machinery and great song and of one time tumbling into another. And voices of sadness.

We who live on the surface of things are attached to the past in a way we cannot see. The day of life is sifted like a dream in the night of death. Though there is no direct sequential day following there is a reason for such echoes, a reason why from place to place and time to time we can pick a few up. There is a high road to change and a low road, perhaps, that together can open a way.