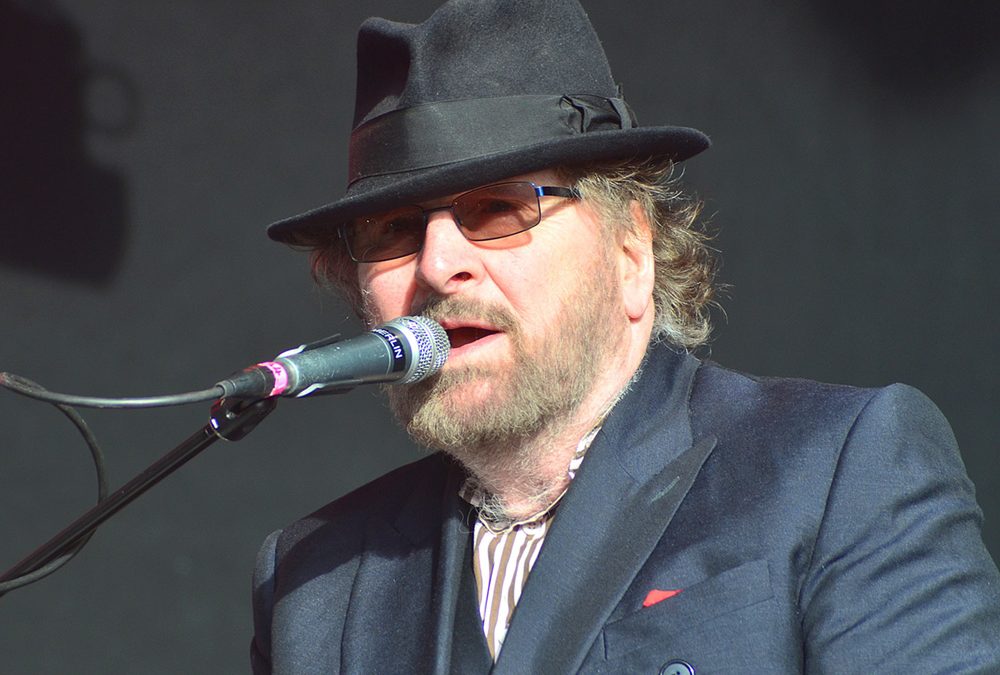 ‘I wonder in whose arms you are tonight
I wonder does he think he’s doing alright
I don’t really care but still I wonder
Just how long he takes to see the light . . . ’

Chas Hodges (1943-2018) was a flaming comet in the murky heaven of the popular music world. Amongst a vast stream of inflated personalities parading various forms of addiction and excess, of imitation-American and imitation-rapture and tippy-tap imitations of everyday experience, he roared through. He himself sang in an American accent early on but took the decision to revert to his London roots, and with Dave Peacock in the duo Chas ’n’ Dave left a trail of wonder. Their songs of London life and family goings-on and simple matters of the heart have always knocked me out.

Chas was the stand-out singer and instrumentalist: his piano virtuosity was concert-hall standard without the class of classical music, and a sight to behold. I went to three or four Chas ’n’ Dave concerts and the glorious numbers they belted out, at times raucous, at times plaintive, at times just off-at-a-tangent delightful, whirl and dance in the memory. I wrote a school song once to the melody of ‘London Girls’, but never revealed the origin.

His was a male voice in the tradition of Johnny Cash and Ray Orbison, an unaffected pre-Beatles letting-rip refreshingly free of the faint touch of whine that came in with the unisex ’sixties and has never quite gone. But he could be sentimental. ‘Wish I could write a love-song’ and ‘Aint no pleasing you’ blatantly play on the heart-strings; while ‘Poor old Mr Woogie’ is a fake dirge for the departed second half of the title of a genre. ‘The Sideboard Song’ is a mad dash, ‘That’s what I like’ a celebration of clichés that has its own truth, ‘Ponder’s End Allotment Club’ a simple tribute to a community. Chas loved growing vegetables; through the mad whirl of a star’s life his feet were on the ground. There was no need to parade an identity. While the Beatles started a fashion for a version of youthful normality that touched the musical world like a blight, Chas ‘n’ Dave and their drummer Mick Burt shrugged free of all that. They simply were who they were, street-peddlers of blinding harmonies. What a record (so to speak) to leave behind.

One could mention so many other tracks on it: ‘Gertcha’, ‘Down to Margate’, ‘That old piano’ . . . but what comes over me now is the memory of a surprisingly small man, given his stage presence, whose hand I once shook seeing him outside a venue before a concert. (I can tell myself I have not lived in vain.) He played his voice like a wind-instrument maestro, he played the piano like a demon, he simply was.