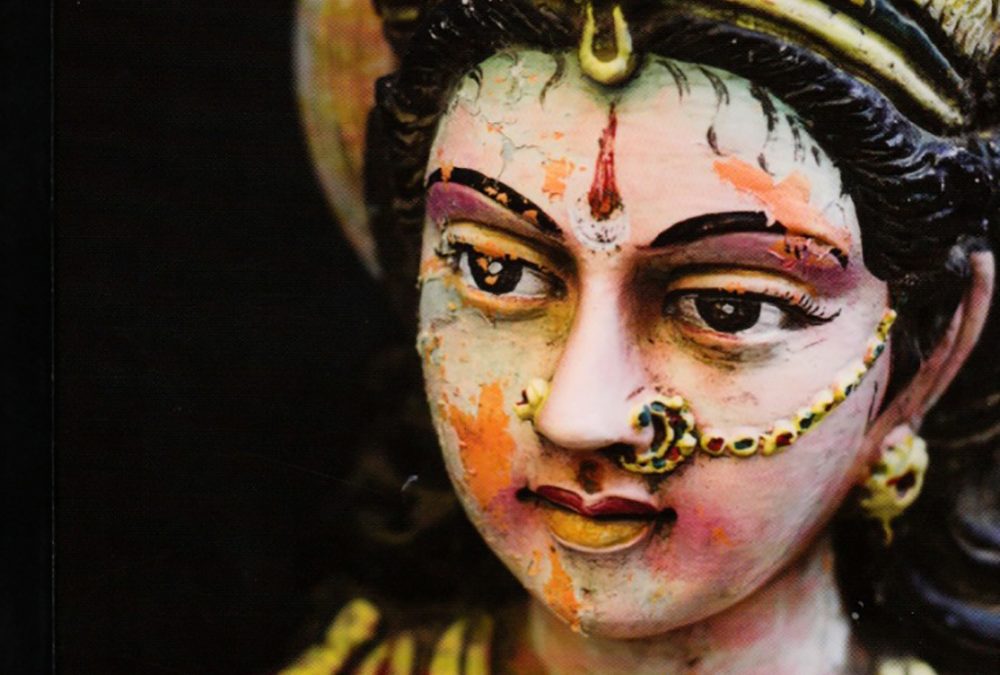 Since leaving India I have missed Durga. Kali is ever-present, in the perfect storm of her being, able to manifest a mighty power merely by the stories about her. She and Durga (with others) are alter egos of the female divine, charged with its different faces so to speak, wives of Shiva (entries April 6 and 7), and both one and the same and altogether different. In the Hindu pantheon aspects of personality are distributed and individuality heightened, in my scant experience, like nowhere else on Earth. It is so too for the male. The shifting element at the core of all things is known.

In Kolkata I knew Durga. Her ten-day festival in the autumn is a colossal panorama of human fortunes mirrored in the divine, a riot of ease and a springing rain of grief, a time when one knows the community and the community knows one, when ‘knows’ means simply ‘is of’, when the tribe has no boundaries. The city roars. As does every square metre of every village in West Bengal. There is a possession of people by the land and the land by its people; but it is time to give the barest indication of the song of existence the festival is.

For six days Durga is on her way back home. Leaving her husband Shiva back in their Himalayan abode but taking her four children with her (gods and goddesses all), she is visiting the house of her childhood. She is any Indian woman who has left home to get married and from time to time comes back. Pandals or temporary temples are put up and painted screens are set inside bearing images of the mother goddess and her remarkable brood. There is a tremendous buzz of expectation before the arrival which leads into an extraordinary four-day drama of the open. Days seven, eight, nine and (incontrovertibly) ten mark the visit and the start of the return. These are the “great days”.

The details are too many. But in those last few days city and country have been awake. The reflection of the journey of each individual has passed over street and home. A spark of life, with some of its main consequences, has been struck and is now to fade, not to die but to be renewed. After being there for Durga’s festival a couple of times, at the start of my stay, I seemed to know her all year round; and at the ten-day puja itself I felt she knew me. If I return at that time I imagine the same will happen. She is my India. Wherever I am I know Shiva all the time, as I know Kali. But I miss Durga.