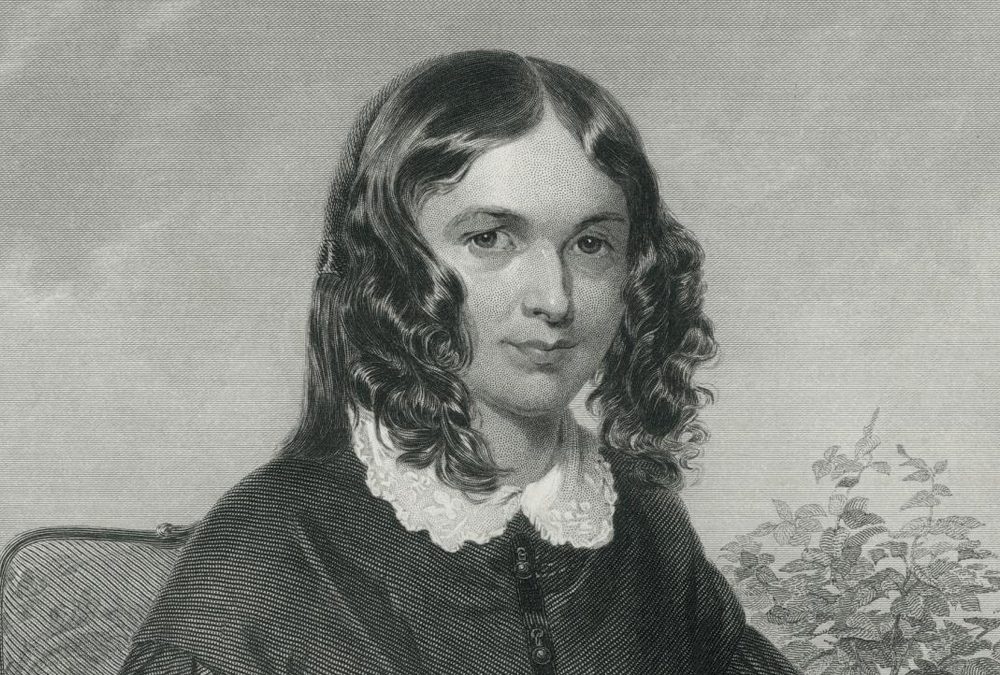 Christina Rossetti (see last entry) puts me in mind of Elizabeth Barrett Browning, whose poetry at its best I prefer to that of her husband Robert Browning. To my mind Rossetti and E.B.B. vie for the position of second best female poet in English, Emily Dickinson taking the honours with her breath-taking originality and verve. (Somehow one falls into the language of a Bake-Off competition, inapt beyond apology.) There are few immortal poems from any of these and only two I know of from E.B.B., of which most poetry readers know only one. ‘How do I love thee? Let me count the ways’ may be the finest sonnet written since the form’s apogee in the 16th and 17th centuries. Everyone who thinks of her knows it. But ‘Aurora Leigh’, E.B.B.’s novel in verse, is little known and rarely mentioned now, and it’s a masterpiece.

‘There is not a dead line in it,’ said the poet and critic Swinburne; and while a few passages may need re-reading to pick up the full story (at least I found so), I’d concur. The essence is an amazingly modern feminist statement, as incisive as Chaucer’s Wife of Bath’s Prologue is powerful. At the same time it carries a love story not untypical of its time. It was written mid-nineteenth century and does not shirk a certain sentimentality at the end, but my God it’s a sentimentality that is earned.

It’s long. Over eleven thousand lines of blank verse, in nine sections, it’s not everyone’s idea of a dip into a distant literary scene. And yet, with its beautifully-worked plot and scattered rich imagery, it’s a swift enough page-turner.

But I have a problem I cannot solve, and it’s summed up in the initials of the author’s name. Why is it that in fifty years of teaching, the poetry in its true strength that I’ve come across in the classroom has almost always been from girls – and yet so few of the world’s great writers have been women? Why does that confidence fall away? What is this appalling male near-hegemony of the right to create with the mind? Elizabeth Barrett Browning’s reputation is far from what it was (when Wordsworth died she was considered for poet laureate) but her name may yet come to belie her initials. But will the blind force that can turn to genius continue to retreat from girls as they become women? Is it always more likely to settle in men? What is the element that holds it in place? Is it callousness?