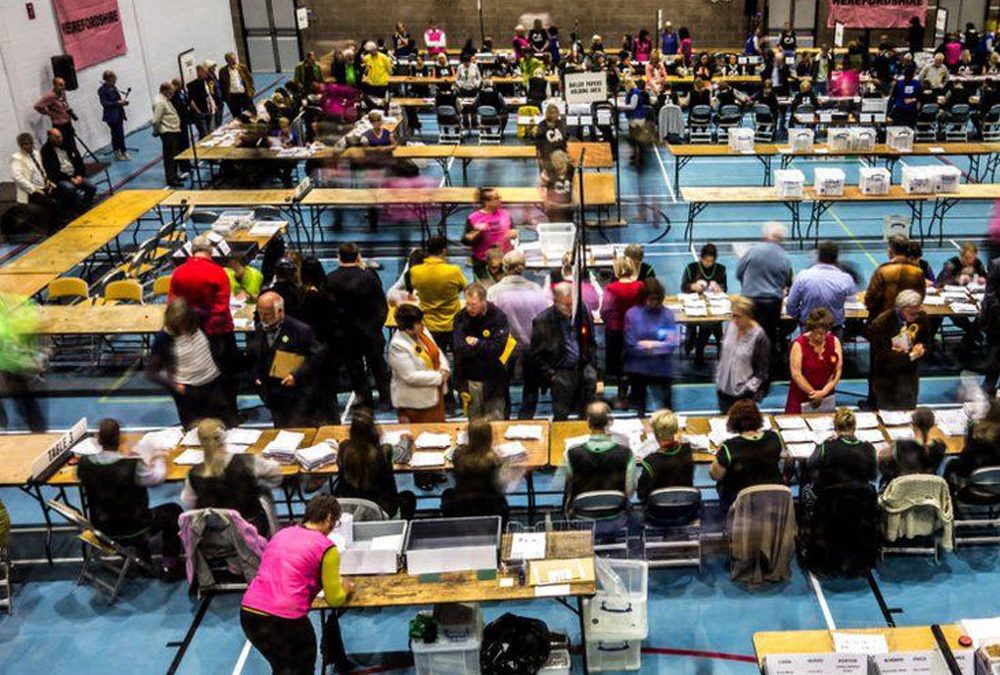 Following last week’s “Super Thursday” democratic reckoning, the air is currently supercharged with electoral fall-out. I’m as excited as the rest of them, while wryly recalling Malcolm Muggeridge’s remark that politics like sex has become an ersatz religion. Without reference to minorities and majorities, or to who is now councillor or mayor or MP for what or where, I thought I’d reflect on the mark the rite of passage itself leaves on one. It’s at one and the same time a check-in to the counter of chaos and an alignment with a necessary re-ordering. After all, society has to change.

It scarcely seems to matter whether one actually votes or not (as I didn’t this time). To an extent one is almost bound to be caught up in the operation, with the ever-slicker analysis of the media, the on-the-spot interviews, the travelling commentary with magic TV white-boards and surreal studio-floor lay-outs. The smash and crash of public personalities as they rise or fall. The sense of history in the making. One can delight in triumphs or fume at disasters, or simply gape at the circus: but at some slight level our empathy is stretched. These public figures take us a tiny bit of the way with them on their personal journeys. While great figures from the past of the various parties and political movements hover in the wings, or as it may be turn in their graves. Chaos is made out of order and order out of chaos.

As the dust-storm settles, and a briefly towering wave of mixed emotions begins to fall away, one has been touched again by an age-old sign, the imprint of one’s land. The election is over. Whether or not one has cast a vote for a particular party or person, there has been a light branding. One marks the moment as it marks one. It is part of a process that must be.