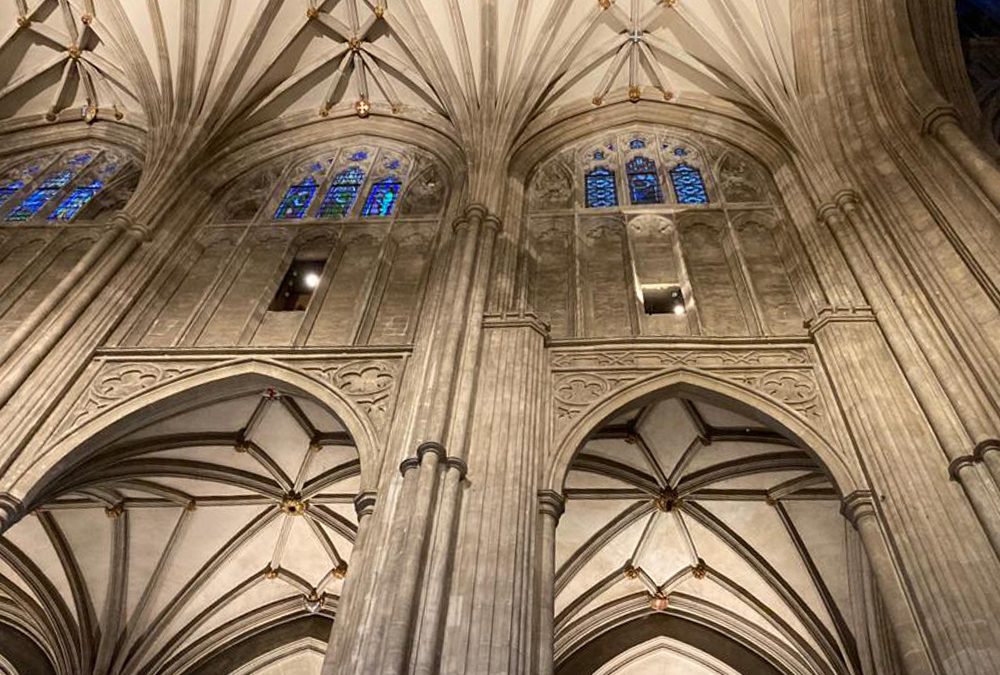 . . . and find a new story. A story that can appeal to the child in us, but that looks more to the future than the past. We don’t need a creation myth, now that science is regularly exploding secrets of the universe near and (comparatively) far; the one at the back of it all can wait as we look ahead. We don’t need an explanation of “evil”; the idea of original sin is simply erased from the present reality; on the moral plane too we are grappling near and far with life’s intricacies. We are losing interest in a post-death system that rewards good behaviour instead of leaving it as its own reward. But we do continue to need a way of being together that includes symbol, singing words and silent commitment, a place to congregate that cherishes an ideal. We need some kind of temple to the future.

Can a story be spun of a world at one, can a vision quietly take some tangible form, to give us a rail to hold on to, so to speak, at a time of breakneck development and change? Could that rail, differently formed in terms of language and other cultural material, be a link for us all to join forces, or even, as it might be, hands? I’m dreaming I know. But what brought this on was passing a couple of churches in my daily lockdown walk and wishing I could go in and sit down – as simple as that. I’ve always been astonished at the volume of a typically tall church, its towering empty spaces, that seem to have endless room for all the voices of the past. Such characters are there, a community down the centuries. What a concept it has been and still is, to capture and surround such a space, to breathe God’s magnificence. And yet the concept is slowly but surely altering with the time.

When the churches do open again I shall go in, now and then, and listen to the voices of the present and the past, and maybe even join in the singing of a hymn or two from my childhood. And I shall wonder how things could be someday, if by some miracle we could take something fine from the past and use it for something fine in the future. It would take a narrative to form of a more practical vision, a new magnificence. But first we must learn to forget about God.