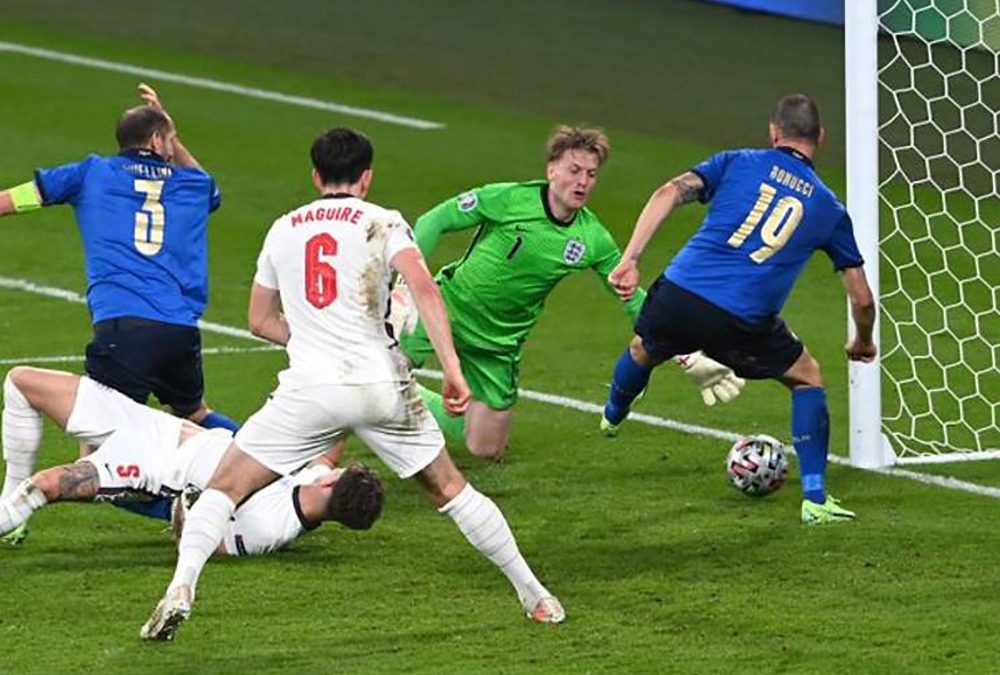 The morning after, unremarkable, a little damp. Perhaps a tang of disappointment in the air. But along with that, for me at least, the faintest whiff of the safely-bubbled ozone of relief. We’ve been let off.

Had we won the land would at once have been a splendid place to live in and unbearable, suffused in a kind of red-and-white delirium of pride. Pictures of Gareth Southgate, the manager, would have been everywhere, engendering a new vision of a smiling but gritty authority. Harry Kane, the captain, would have been everyone’s best mate, his slightly raffish, London-boy casual modesty jumping out at us from a thousand photographs and hoardings. The whole team would have been the new heroes, waving from a never-ending victory bus-ride the length and breadth of the country. Or so it seems to me, in the early morning after, savouring the freedom of defeat.

When we won the World Cup in 1966 I was working in a grocer’s, the radio was on, and as we scored twice against Germany in extra time I remember charging up and down the floor kicking empty cardboard boxes at the walls. Nobody minded. It was a great moment. But in the following days and months the land’s response to victory was hardly immoderate. A little political capital – imagine the bounce the government would have gone for now. A touch of jingoism – of the ‘Two World Wars and one World Cup’ variety – which is unpleasant in retrospect, if meant goodheartedly enough. But by and large everyone had other things to get on with. The aftermath was sane.

Would it have been now? One doesn’t have to worry. One can indulge in armchair recrimination. My own view is that Southgate handled the substitutions badly, bringing on Rashford and Sancho with only a few seconds to find their feet before the game ended and the penalties began. They fluffed theirs, and the saddest thing about the game is not that England failed to win another major trophy even 55 years after the last (though the Euros is hardly the World Cup) – but that those lads will never forget their misses, nor will the country. One can also question Southgate’s lack of any kind of vital response to the turn-around in the standard of play. Quite simply, England went from an assured and almost magical front foot in the first half to a leaden back foot in the second. Drastic action was required; it wasn’t taken. Internally I had been screaming for Sancho and Rashford to appear for a full hour before they were finally ushered on, with no time at all to unwind on the pitch. The inexperienced Saka as fifth penalty-taker was also a curious choice. Did Southgate know at all what he was doing?