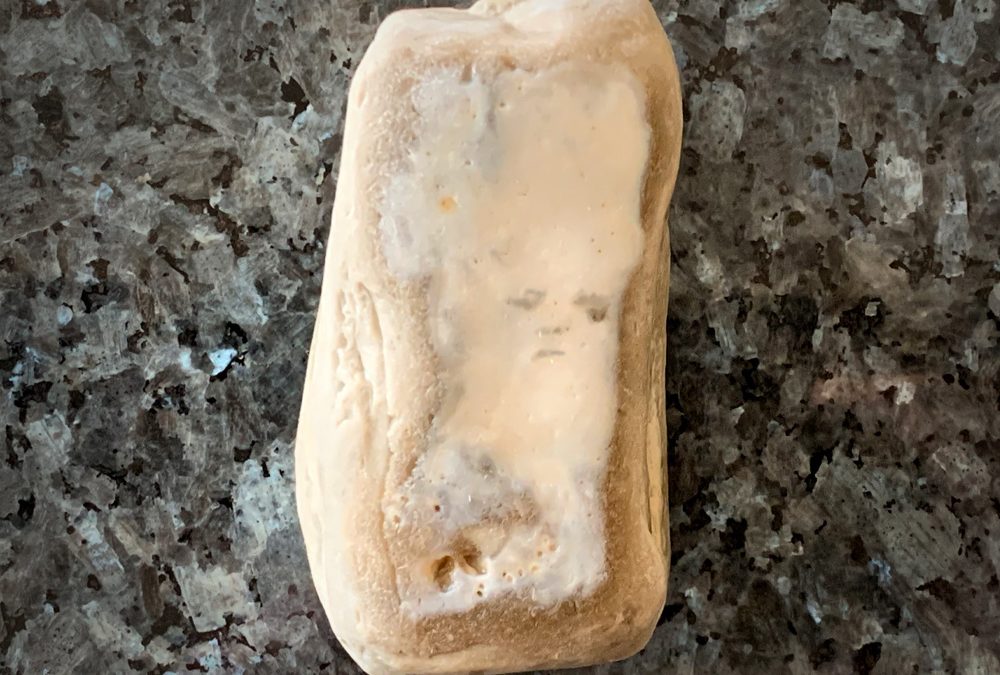 Just a stone glistening in the wet. As I walk along the shore in a light afternoon mist any number of unusual glints in the shingle catch my eye and now and then I investigate. This to my surprise has a face.

It could be an Old Testament prophet’s. It could be a face from a far older time, a shock of hair above and beard below. I take it home, leave it on my desk and am taken aback the next morning to find the face gone, that suggestion of a rugged countenance dried and faded out. What was at least in my imagination a driven force is now a blank, vaguely oblong-vertical patch of white.

Under the tap it comes back, the two half-shut eyes, the left with an alternative by it of a glaring wide-open one, the dots of nose and mouth. We’re conditioned to see the human face, the human form. As a young boy I woke up in the small hours to see a giant’s arm in the room. I watched it till the light revealed one of the beds in the dormitory. As a student later descending one of the great hills of Galloway with a friend I turned and saw a mist crawling over the top towards us. As we scooted down I had the image in my mind, and have it to this day, of a giant’s thumb.

I pick up my stone and wonder what mountain it came from, what an inconceivable voyage it has been on, what a magical chemistry binds it together. And just as it takes me far back, so also far forward. What other entities will host these atoms? Will it splinter, smash, dissolve? Will it wedge back within some deep surround? Will it keep its form and face as it is, maybe till after the human face is gone?

I think of the tidal ripple washing over it countlessly. The rays of an afternoon mist that touched it for another magical construct to paint a face on, merely out of his imagination. He too suddenly knows of the tremendous odyssey of matter, wave after wave passing over him, through him, beyond him as he too is erased. For an instant the man he saw far back on a tiny sliver is real, then gone.

I know this man. I am this man.