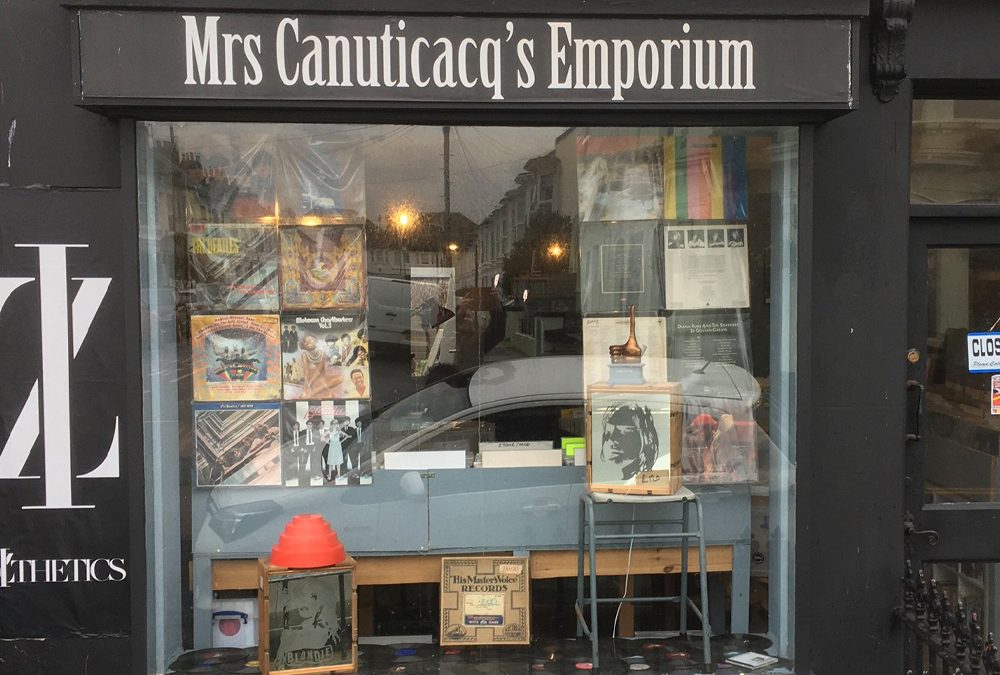 One has a record and music shop not so far from where I live. Or at least her name is given to it: when I asked inside once for information as to the glorious shop title I met a blank; it was taken on with the premises, it seemed. For a long time as I used to pass it there was something in my mind, another name, another shop? . . . at last there it was.

Mrs Tinckham has a shop in Iris Murdoch’s first novel, ‘Under the Net’. I was entranced by the book and have always regarded it as her best, marvellous as her later novels are in patches. It’s a dusty corner shop in central London that stocks newspapers and a variety of this and that, yet never seems to sell anything. The good lady spends her time looking after cats and customers, the latter coming to talk, to confide in her, to store drink for out-of-hours refreshment, to lodge articles of personal value . . . really to be looked after. She is the soul of discretion, seeming to be merely motherly in a rather vacant sense, but sleepily lightning-sharp and understanding everything, even in a way life itself. I have always loved the c in her name – perhaps ridiculously I feel the book would be a different one without it. The occasional repetition of ‘Mrs Tinckham’ in certain passages makes for a gently insistent lulling effect that is wakeful at the same time, to add a poetry of its own.

The record shop surname breathes mystery and mastery, to my ignorant ear and eye: no doubt to its owner and her compatriots it’s as natural as daylight. But for a small shop to hang out such a shingle, as it were, tells of a buccaneering spirit: in the imagination the name goes sailing into the commercial capitals, a metaphor for the trading outreach and burgeoning wealth of mankind. Whatever the fortunes of the original establishment may have been in drab reality, ‘Mrs Canuticacq’s Emporium’ is second to none. It is a three-word poem.

One of these magical stores exists in fact and the other in fiction. Of one the magic is in the name, while the owner of the other in her understated way is as real to me as any fictional character. While only the one emporium is out on the road, somewhere the two are side by side in a byway of the mind; where either operation is run by a presiding genius of a right royal distinction, in nature as in name.