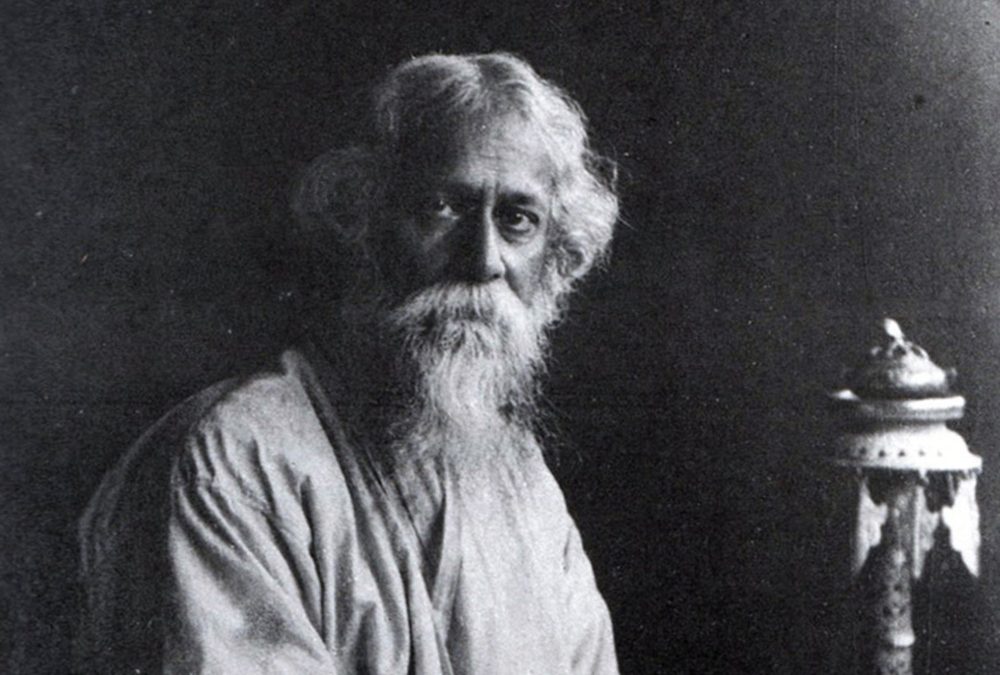 (continued) His life was pierced by a searing ray of tragedy and love. Kadambari was the girl-bride of a much older brother of his, Jyotirindranath, and about two years older than Rabindranath. They grew up together. In a Bengali household a younger brother-in-law is sometimes afforded a position of especial tenderness; and without doubt the two young adults shared an intimacy of the mind and heart that the poet treasured all his days. At the age of 22 a marriage was arranged for him; following tradition Kadambari helped to find the bride; soon after the wedding she killed herself. Rabindranath’s deep love for her became the inspiration of his poetry. He was never explicit: a departed lover appears at moments in several poems and one or two notable passages of prose; here and there he acknowledges his debt to her as the wellspring of his poetic life; not once does he name her.

When I think what the Western media would have made of this, had Tagore been one of their own, and compare it with the sensitiveness of his countrymen on the issue, I am glad for his sake he was not born here. It has not been explored, very little speculated on: it is as if the characters are respected as living people. (Not that that means much in the West.) The nature of their friendship is of no concern. Whether Kadambari is the mysterious lady who reappears in his work, indescribably close and dear, I think maybe is: at any rate it does not seem wrong to suggest it here. There is no proof, but any number of pointers; and over the rest of his life it is as if in a private meeting he remained in touch with her, staying within the bounds of decorum; but not forgetting her, and what he had been to her and she to him.

His own wife died after nineteen years of an affectionate marriage. He did not re-marry. Two of his five children died soon after, each aged a little over ten years old. Another daughter was to die in her early thirties. His mother had passed away when he was thirteen. He lived on, unafraid of death, but more, as if privileged by the union to come, while living a life that is as far removed from a “death-wish” as is to be imagined. My film would show a few of the meetings of two dream-beings, Rabindranath and Kadambari, inexpressibly close and far, in their private world.