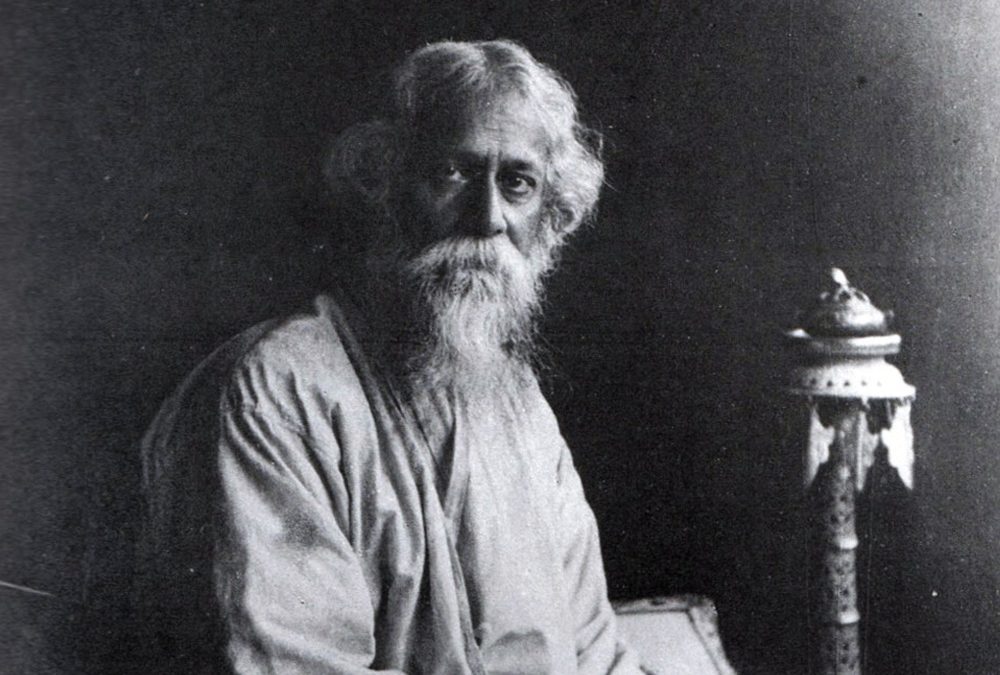 One day, I hope, a film will be made about the life of Rabindranath Tagore (1861-1941). Satyajit Ray, the Bengali film-maker, created a minor version but the cinematic splendour that might have been is not there. For various good reasons it is a modest depiction; but in my mind it is time for something more. ‘Rabindranath’ will span the nineteenth and twentieth centuries in India, a tremendous vision of a country and an individual travelling towards independence. In the latter case the point of the journey would be no more than lightly implicit and that only late on. If the film were truly successful it would leave everyone who saw it with a sense of the turbulent and magnificent richness of life – their life – and with just the shadow of a notion as to a direction within it. To the fore, however, would be – quite simply – a great life.

Tagore was an astonishingly gifted and prolific poet, and much besides. Several of his poems are about death, which is never to be feared, but to be seen as an act of completion. Death can be silent, a last guest to visit; it can be tenderly triumphant, a groom come to claim his bride. It is welcome, but never before its time. As creative a character in his life as I for one have come across, bar none in the annals of history, Tagore’s relationship with the idea of his own death, to put it clumsily, did nothing to hinder the flow. Far from being inhibited by it, one might almost say his approach was one to allow his gifts to go on giving, to find room always to develop, in the light of a joyful surrender at the end.

As well as being an artist on many fronts he was an innovatory force in the everyday culture of his time; and if not a politician in the conventional sense he was certainly a figure on the national scene to be reckoned with. He may come to be seen as the leader of a social-political movement before its time. A visionary, a man of action, a wordsmith for whom the river-shape of a poem seemed to emerge as if it were the most natural and refreshing thing in the world, in his time he had a world-presence. Who he was tends to be obscured by what he did. It is hard to step back, to see the man at core, to consider quite what it is that characterises him, and that even makes one ready to follow him, as it were. His life had many setbacks and probably some wrong turnings. But I think it is for his perspective that at heart I call myself a Tagorean.