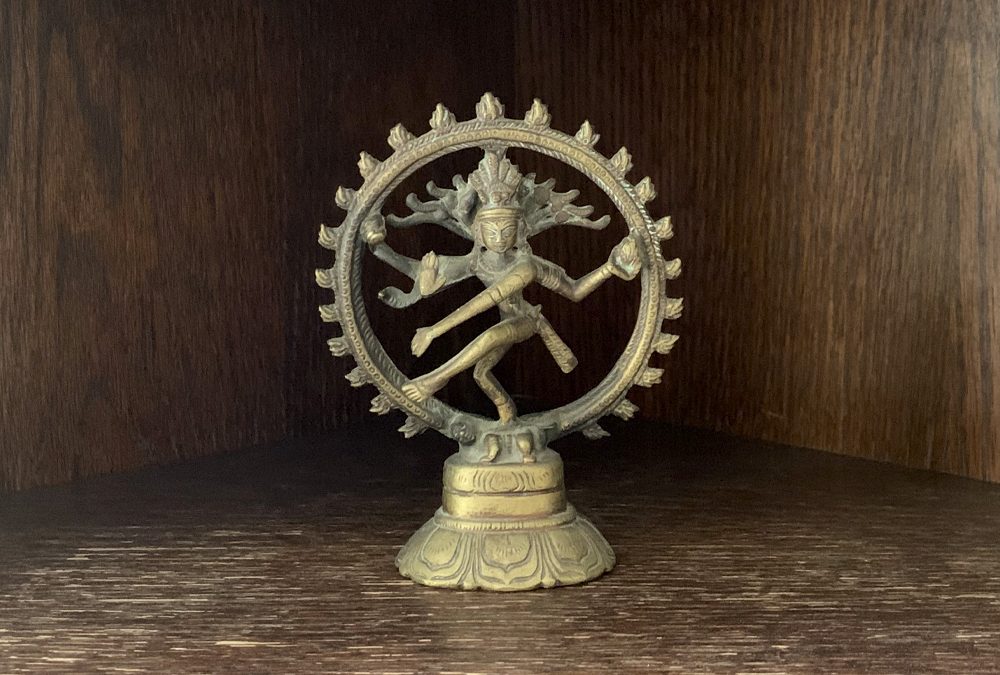 [continued] Shiva is one of the great triumvirate of Hindu deities. Brahma is the Creator, Vishnu the Preserver and Shiva the Destroyer. He destroys to make way for new creation; he is the god of dance, of time too. The male force in pure form his body is at times a pillar of fire, extinguished only by the vessel of Durga, his wife and the mother-goddess. Kali is his wife too; she is Woman in her absolute power. So is Parvati his wife, who manifests a lovely and delightful femininity. Yet (to me at least) all the wives are one. Hinduism is remarkable for a kind of divine chemistry here and there in the pantheon, so that one personality can be almost an allotrope of another. Yet each is separately free in itself, known and loved as itself, and sometimes feared.

I would not say I fear Shiva but I would not wish to speak too familiarly of him. I have unfinished business with him; everybody does. He is at once the householder and the detached yogi, absorbed in meditation. But he is also possessed of an entirely superhuman power. His throat is blue with swallowing poison that would have destroyed every last thing on Earth. Yet it is as lord of the dance, of time too, that his figure seems to carry the glimpse of a speaking significance at times, as I pass it on its shelf in the shadows.

There are scholars to pronounce on every imaginable aspect of divinity but I say, take these things as one will. As dance supremo Shiva has all the energy in the world. He may if one so wishes speak of the balance in the universe, he may dance to the music of the spheres; but for me it is the energy in all things, their making and unmaking and all their doing, that he reflects. While as lord of time I suspect him of knowing things we cannot know yet if ever. There is a vexed question of relationship in the material world that modern physics is just beginning to lay a hand on; with his extra pair of arms Shiva has it effortlessly in his grasp. Behind it all the small figurine on the shelf somehow sends me a signal of security, in the sense of being free from care; though why I do not know.