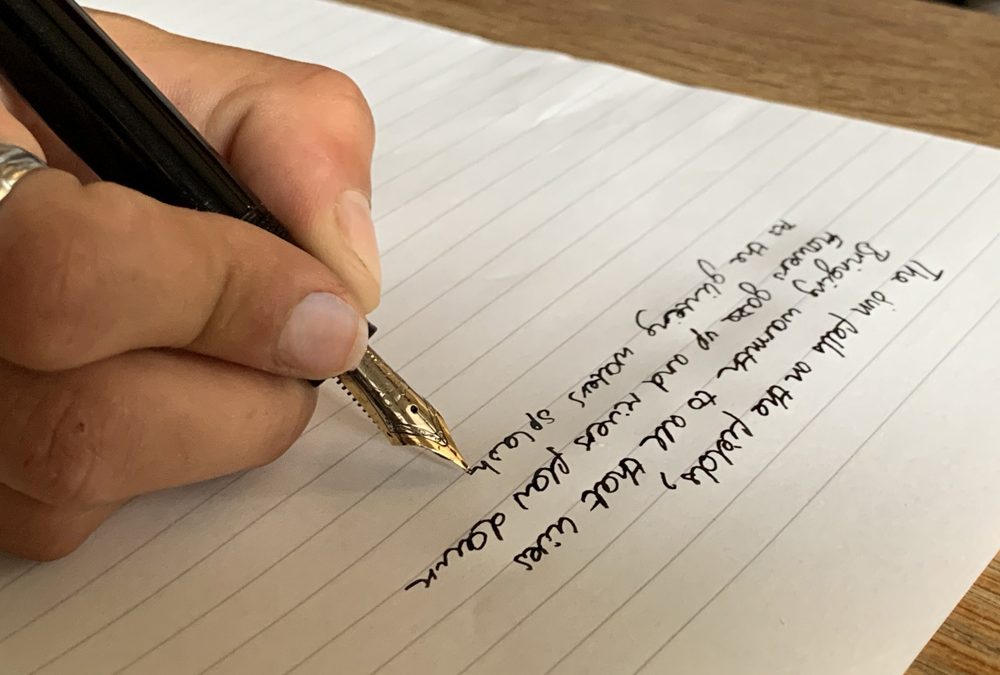 Why am I driven back a half-century, to what seem now like the first days of my adulthood, to revisit a batch of children and their poems? Perhaps it is by way of opening a door that must close soon. ‘The first thing that happened to me was this: / I taught for a term in a girls’ school’ began a verse I wrote after my first spell as a teacher, a fill-in post at an Islington comprehensive. At two or three more schools in the early years of my career poetry of a remarkably high standard continued to drift in and land on my desk: a fact, something intricate, precious, lasting. Yet why it should have happened then in abundance, and rarely if at all later, is something I have never understood.

Sally Radcliffe was the least inhibited in character of all the young poets I encountered. A fourteen-year-old with a deft assurance in her writing and an inner ease, as it seemed, in the dodgem-car existence of the school’s hurly-burly, I remember her entering the classroom more than once with arms held high, in a self-decree of victory. “Hi fans!” She was as bright as a sixpence, loved arguing, and wrote a number of brief war-sketches in verse that carried the shock of savage hurt and dying. (The Vietnam War was all over the air-waves.) My favourite poem of hers however is an altogether different exploration, the moment of a mind looking to the past.

I retraced the steps of my tangled mind
to a twisted summer 10 miles ago
and recalled fragments of time
and periods of fathomless thought.
I rolled down the slippery slope of remembrance,
and, upon reaching the bottom,
discovered the bottom to be very far away,
lost in clouded memories,
misted by recent happenings.
Further I sank, and nearer the depths,
yet these seemed further away.
I slipped and skidded into traps,
and, deterred from my special quest,
saw a milky baby pat a green leaf,
and whisper Love to the sun.
And a far-away bee
softly droned in my ear
its honeyfied message
of nectar and pollen.
A small, dead flower
drifted in the streams of my thought,
losing the wrinkled-brown petals
one at a time.
A stone fell into my beautiful stream
and it drifted quietly
into a magic of far-far-away.
My mind raced on ahead of me,
leaving me lost in long-ago fields
where Lady Death beckoned
and all obeyed
and my thought, too, died
when she signalled to me.

Such poems came my way. If these web-log entries reflect a consciousness of any interest at all, when it is dead and gone, it will be in part due to a gift I was given, by a number of minds younger than mine, that somehow accompanied mine and seemed to know what it was up to. So I took my first steps as an adult, doing a job, and as it seems now, receiving some kind of a witness, as a poet newly on his way, no less than as a teacher, in the first days.