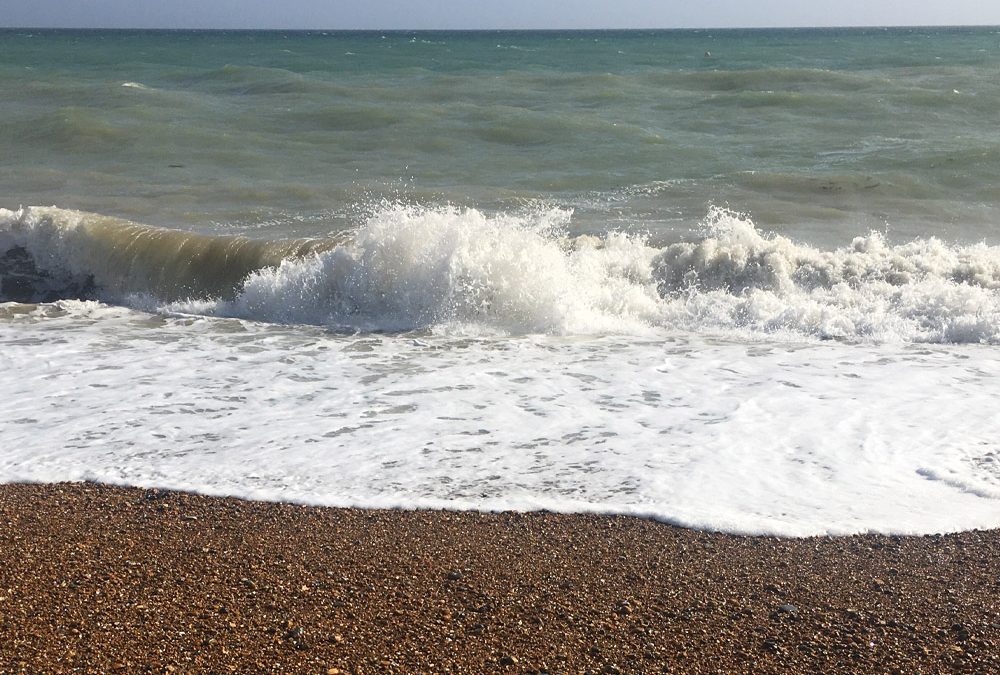 First I must remorselessly strip any religious connotations from the phrase. The stream is the current of life, with its chop and change and tidal flow, within which animate and inanimate are scarcely separate. Walking Hove shore, as I do most days, I find myself more and more at ease with the notion of movement at the back of everything, of ‘the whole boiling’, as Philip Larkin might have said. In a sense it is everything.

Which is why I feel the sense of “cut-off”, so pronounced in modern art of all description, however much it may speak to a dislocatory effect in modern life, is fundamentally inapt. In the greatest works of modernism, Eliot’s ‘Waste Land’ for instance, an extraordinary sense of continuity is discovered beneath the disjointedness. It is there in a final reaching-out (and it underpins the metre throughout, which is not as wayward as it seems). In the greatest stage tragedies, ‘Oedipus Tyrannus’, ‘King Lear’, it is there in the sense of a deepening play of the plot beyond, forever in lives at large. (Again, the idea of a continuous connective movement is carried in the form, in the immaculate use of hexameter or pentameter.) But such a bond with the invisible, so to speak, such a link to that which is always around us, is not limited to “great literature”. A fifteen-year-old can find it as naturally as can anyone in modern times who is not persuaded by fashion or convention that it is wrong to do so.

Janet Morgan (see entry Apr 13) takes on a momentous event and the astonishment expressed at the end does not end there; it is a part of the world. While I did not want the title of this entry to be necessarily associated with religion, as it is often so used, here there is almost a live streaming of the principle I am trying to talk about. A work of art accumulates an imaginative truth that will interact, finally, in some way with the further surround.

THE BIRTH OF JESUS

The sly moon crept over the night
bringing with it, a gentle breeze.
Patient impatientness, and tender
suffering, held in its grip, the
blessing or the curse of the unsuspected.

Minds assemble and meditate
minds of noble men,
minds of peasants,
and even the minds of the fortunate
dead, that lie in peace and tranquillity beneath
poverty and cringing uneasiness.

But Ecstasy is born,
The city reincarnates itself,
Shouts and laughter ring out
from the lungs of the city,
shattering the stiff walls of silence.
The city has been blessed.