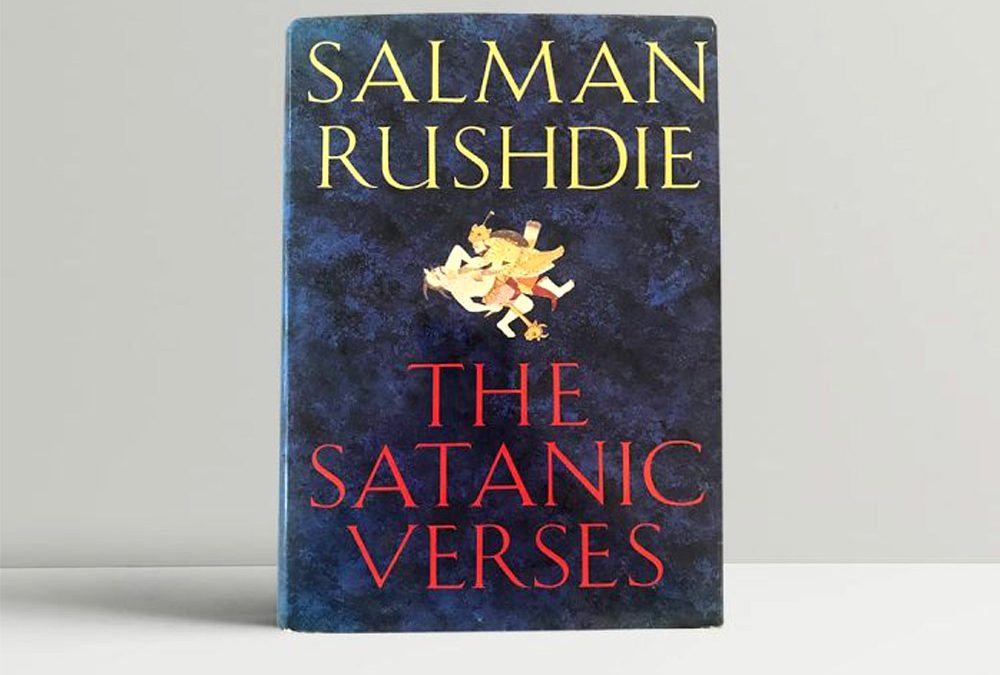 A savage episode tore across the face of Western culture a generation ago. Salman Rushdie published a novel and a few months later the Supreme Leader of Iran, the Ayatollah Khomeini, issued a fatwa calling for his death.

The book was felt to be deeply insulting to Islam and with reason. On the other hand a poem deeply insulting to many of the Christian faith, ‘The Love that Dares to Speak its Name’, was published in Gay News in the UK in 1976; and while an old law of blasphemy then still on the books allowed a prosecution to be brought, which succeeded in that a conviction was attained, no punishment was imposed and the outcry very soon died down.

I read ‘The Satanic Verses’ to see what the fuss was about. I found it a dreadful novel. It dabbles in magical realism, a literary genre I’m not a fan of; it comes over all normal and tender for a chapter near the end; and reverts, finally and forgettably, to a central strange-toned narrative, which to me was an incomprehensible howling in the wind. I echoed it somewhat as I used to groan while reading it. I didn’t know I was doing this but my wife did – she’d yell from the other end of the house for me to put that damned book down. But I read every word.

Most who picked it up didn’t. A journalist who’d reviewed it for a national newspaper told me he hadn’t been able to make it to the end. (It was a positive review nonetheless.) And I met someone who’d been on a remarkable television programme about it. As the furore gathered pace the BBC had the idea of bringing a variety of people together in a Yorkshire farmhouse for a fortnight – young and old, Muslim and non-Muslim. They had all been given a copy and asked to read it before they started the brief communal experiment. She swore not a single one out of them all had managed to get through it.

I saw the programme and it was the most illuminating one of my life. At the beginning one of the numerous conversations shown gave us a young Muslim man, heavily bearded, shaking with rage at a smooth and sneering owner of a bookshop on the south coast. The youth wanted Rushdie killed and, it almost appeared, the bookshop owner, for insisting on a massive display of the book in his shop window. “It’s my right, it’ll get customers into my shop, there’s nothing you can do about it.” (Or words to that effect.) I was sickened by them both. At the end of the programme these two were shown again. The bookshop man said something like, “Well, I’ll tell you what. I’ve eaten with you and other Muslims over the past two weeks, I’ve gone on walks with you, I’ll tell you what I’m prepared to do. There’s no way I’m not going to sell the book, but instead of a great stack of them in the window there’ll just be one copy there – though it will be central. How about that?” His tone was condescending, still half-sneering, as if he was giving away the earth.

The violently-minded youth wept. He said, “Thankyou, thankyou, that’s more than enough.” I was moved. And for the first time I saw something clear. The defensive mindset that can bring the world crashing down upon itself and everyone else can be reached and, by extension, breached. An accommodation can be found. But there has to be a reaching out. However slight the gesture has to be felt. This is what the mindset craves, to feel. Then even a little – almost a nothing – can go a long way.