The train set in the attic 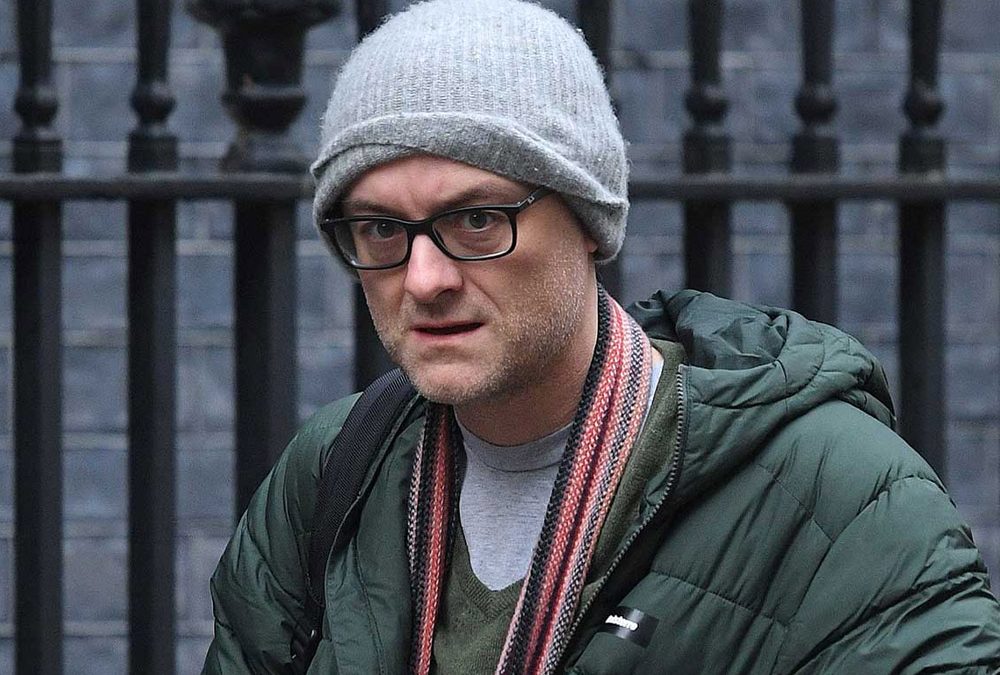 A dead ringer for the Mekon, Dan Dare’s arch-adversary in the Eagle comic of the ’50s, Dominic Cummings set out to blast the enemy to pieces and remodel Britain. A long essay of star-studded brilliance he wrote for Michael Gove as his advisor at the Department of Education says it all. It’s a state-of-the-art summary of key points in what might be called a genius curriculum, which many may take up but only a Mekon can ever truly be master of. The underlying vanity emerges time and again in scornful language directed towards his inferiors – such as top civil servants – and one cannot help seeing a classic case of egomania in which practical results count for little or nothing beside a need simply to flaunt an idea of himself. To flourish to the world the credentials of the top banana.

The ridiculous thing is that he so nearly was that. He rose without trace (as Kitty Muggeridge said of David Frost) to become a kind of supremo without portfolio, second in organisational power only to a Prime Minster none too keen on the minutiae of the day-to-day. Then the traces showed only too clearly in his vilely dismissive language, his infantile dress code, his blatant dishonesty on breaking the Covid rules . . . and now the yah-boo aura to his testimony on the handling of the pandemic. What is amazing is that someone so evidently lacking in personal maturity should have been given such scope.

It’s the train set in the attic complex that new leaders are subject to. Only Reagan, of recent leaders in the US or the UK, has had the sense to take his time about things, to do as little as possible until something required doing. In other words to let change evolve, with a tweak or prod here and there, and not to frenetically re-map, to give society a new lay-out, to make everything whizz and sparkle in spectacular fashion, as if the whole shebang could be created anew. Perhaps the Prime Minster has been cured of his Mr Toad-like predilection for charging ahead regardless, which Cummings so ably gave a veneer of reality to, and is learning a truer regard: for people, for process, for the patience with which so many are trying to make a difference.

I find it interesting that after graduating from Oxford Cummings spent three years in Russia. He’s certainly revolutionary in outlook, totalitarian in delivery style, a man with a cause if there ever was one. I doubt there’s anything in it but one wonders . . .  Meanwhile one must hope that while a shake-up can at times be what is needed, the Prime Minister is less keen on the idea of tinkering with the flashing lights of a new system, and more inclined to emerge from the attic of invention, where he has been trying to defy gravity at altitude . . . and to come down to earth.