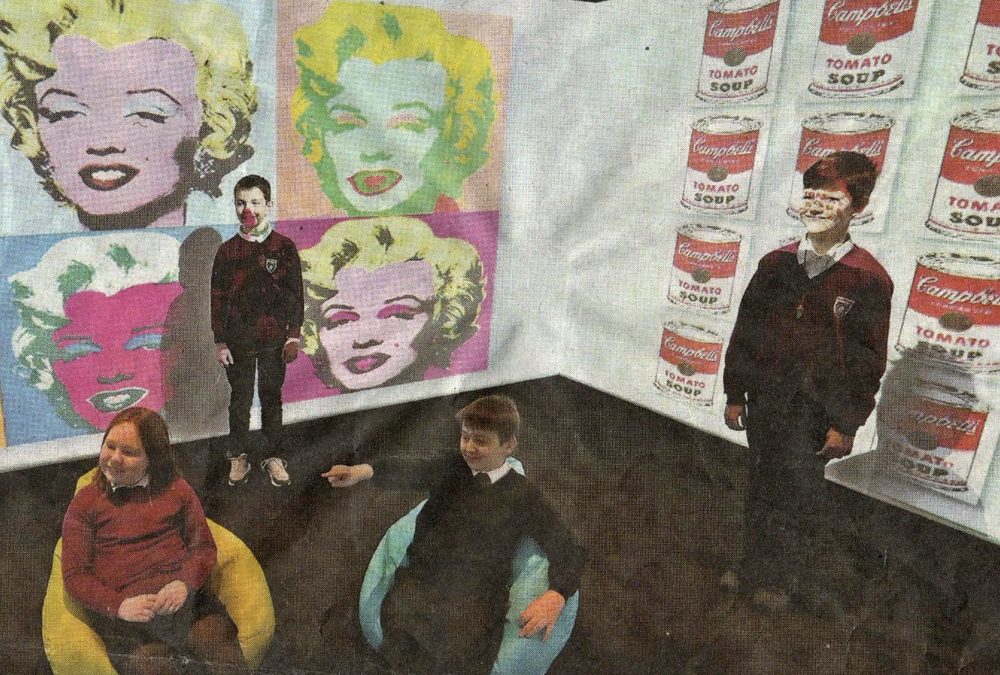 For a few weeks the newspaper picture’s shuffled itself about on my desk, on top of this book, under that envelope. Kids having fun in a state-of-the-art ‘immersive classroom . . . where the blank walls can be changed to provide a 360º educational experience’. What’s not to like? Maybe nothing. But I find the picture disturbing.

It’s not so much that I personally have no time for the lurid territory in the brave new world of art that Andy Warhol managed to stake out sixty years ago. So far as I can see he discovered nothing except a memorable way of making the utterly unoriginal appear original: a neat trick, and one carried on today by Damien Hirst among others. After all, the next fleeting mural image to materialise might be something genuinely intimate and provocative – perhaps Paul Klee’s ‘Ships in the Dark’. Rather I think it’s as a reminder of a continuing situation that the scene slightly rattles me. Young children let into a secret, in the accompanying thrill of a modern magic classroom, that art can be as easy as anything – all you need is a new way to present something familiar. It plays to an element of instant gratification, in the culture they are growing up in, that is nothing new in itself, but way stronger than it used to be. And apart from tending to see what’s going on (however briefly) as an anti-educational experience, I react – I admit it – on a directly personal level. It’s the con-artist getting away with it again.

Yet it’s a delightful scene. Campbell’s Soup Cans clatter silently against the walls of the mind, Marilyn flings a careless prettiness onto the air, the children are having a magical time. Who am I to judge? And who am I, as someone who remembers more ordinary classrooms from a time before Warhol hit the headlines, to feel a certain unease at the playthings of a richer age? But I do.