What’re they doing to my tree? 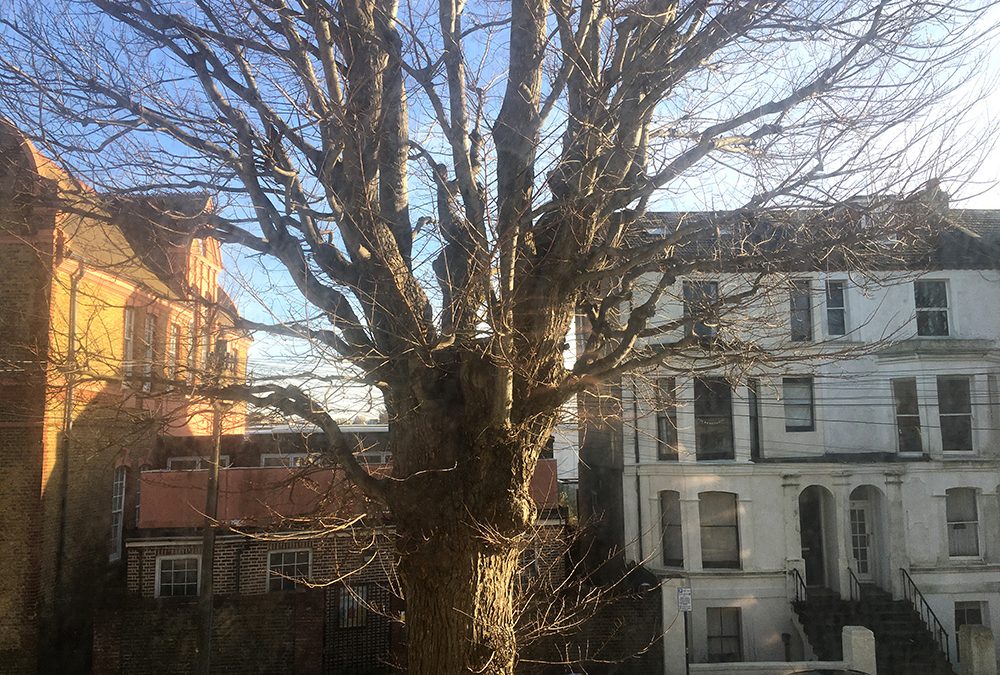 Of course it’s not my tree, I half-apologise to it as I raise the blinds at an infernal noise in the street and see two men assailing its twiggy lower branches. Well, not really branches at all but the wispy trunk-fluff beneath the branches proper. The noise is from a truck where similar shavings from trees down the road are being shredded into dust and blasted into a heap on the truck floor. My outrage melts away as I see the lower trunk look trimmer and fitter as the men move on, and I give a light nod through the window to my old friend, waiting patiently in the winter sunlight for the garb of Spring.

For a start, it’s the road’s tree, or rather the pavement’s: it just happens to stand outside my first-floor flat from which I’m often aware of its life-affirming outstretch, an amazing twist of torso-and-arms that begins on a level with my eyes. Two years ago as the leaves returned we had a conversation that did wonders for me at a slightly lowish time. I recorded it in The Brothers, and it’s that privilege of kinship that also makes me rue calling this old elm “mine”.

In the poetic world where the conversation took place it was hardly even an elm or I a human, we were neighbours in Nature and for a moment it seemed, close family. I say “old” but it’s probably within 25 years or so of my age, round about its century now and going strong. Again I admire its well-shaven trunk as I turn back to ordinary life and wonder when the barber’s going to re-open, lightly touching the side of my neck.