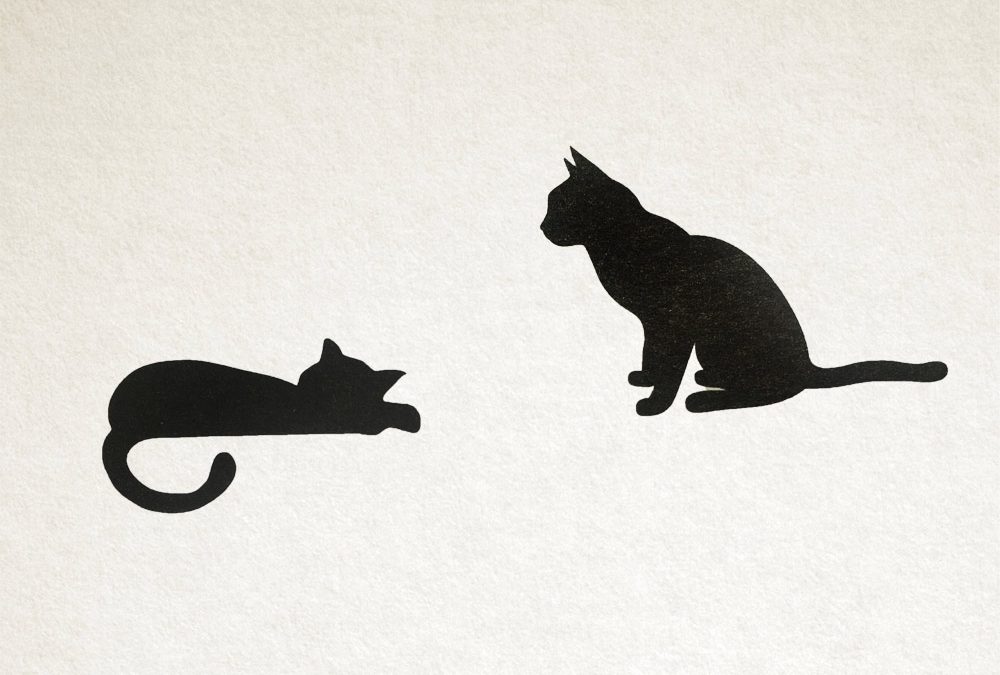 Words are like elastic bands. With the difference that they don’t break if stretched too far.

Consequently their usefulness can be overrated. They can seem to hold something in place when they don’t.

Take “life after death”. The word ‘life’ is there, meaning the opposite of what it does otherwise, something that ceases at death. So it’s there in a sloppy, floppy way, not doing justice to the concept but obscuring it.

Take (poor thing) Schrödinger’s cat. Quantum interference means it’s in a state of being both dead and alive (or alternatively both asleep and awake). Only it doesn’t. A picture is lifted from (what we know of) the sub-atomic world and imposed on the super-atomic, where it does not fit. But the words used seem to suggest the fit is there. The thing is, progress is being made in this case.

It’s a belly-flop rather than a clean dive into a new area. To go further, we need to take more closely into account the main instrument we use to get along with.

Words are our most important invention by far. But even though the meaning of so many is changing all the time, under our noses, we tend to think of them as little fixed pieces of wire. We loop them over a concept or idea and imagine they hold it in place. Whereas they stretch to fit the way the idea stretches in one context, or flop round it if it shrinks in another, and accuracy goes to the dogs. Or it stays with the (poor old) cat but not with those who talk about it. Schrödinger put forward his paradox in 1935. Maybe it’s time we brushed up a little on its appearance.